Just because the stars align to suggest a specific fate does not mean we can't create one to better suit us.
By Susan Creamer Joy - Monday 05 Dec 2011 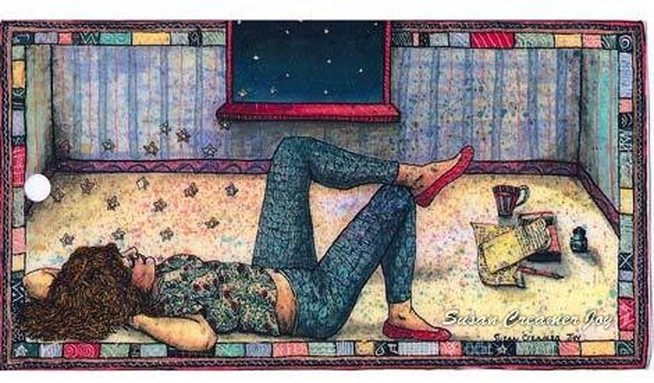 On the last day of September in 1955, the day I was born, every teenager in America, if not the world, was in tears. While my young parents celebrated my arrival and the sweet procession of life, cocooned as they were within the sterile walls of a New York hospital; on the opposite coast, time had come to a standstill.

James Dean, the sensational teen idol, actor, edge walker and star of the movie classic, Rebel Without A Cause, was dead; killed in a head-on collision on a West Coast highway while driving his sports car to a race in a nearby town.

Whether it was by fate or by some divine design agreed upon in a preexistent state of stardust and goodwill, it makes little difference. All I know is that I stumbled into this world swaddled in the dual but conflicting emotional vestments of grace and grief. On the day Jimmy’s lights went out, mine turned on and the mantle had been passed: I would live my life as a rebel.

Knowing that such a massive terrestrial star burned away on the very day my own first breath caught fire has stayed with me as an abiding curiosity, particularly since throughout my life I have repeatedly been given the same startling assessment from notable cosmic prognosticators and psychics from sea to oil-laden sea: “You were born to be a star!” Apparently, a stellium in the tenth house replete with the Sun, has a certain “wow factor”, astrologically speaking.

I know this must be a mistake. I am many things: a rebel, an altruist, an artist, a seeker, a philosopher and a flake; but never a star and certainly, given my natural propensity to dismantle the most sane and sober components of my life, not one with an eye on achieving any sort of brilliant notoriety. The only thing I have ever been first at in my entire life was as a firstborn and whatever conjugal convergence was behind that cosmic configuration, I’d rather not speculate.

In fact, I might even go as far as to say that I am an ANTI-star. If I could disappear, I would. Rebels are notorious non-participants, which, of course, leads to the irony. The act of rebelling against convention attracts all sorts of attention, and what are we rebelling for if not to alert and perhaps enlist followers to our cause? Every true rebel has a cause, and the ones who don’t? Well, we call them lots of other names, many of which end in ‘hole,’ but we don’t tend to like them much..

I’m sure James Dean shared those sentiments. He wanted to be seen and lauded. Ironically, his star burned most brightly when he was lost in celluloid brooding; whereas I brood heavily in real life, but mostly when no one is looking.

When I have an audience of any number I play to them. I want to shine. But my luminescence is a mechanism for survival in a world whose game holds little appeal for me and manifests mainly because I want to exit this life having left as little collateral damage as possible in my wake, and the only way I can reason to accomplish this is to make everyone in my wake happy to bob there.

But I don’t want to be a star. In fact, I rebel against it.

Of course, these facts have prompted me to become an even more steadfast believer in the existence of a parallel universe, or multiples of them. If there are varying and infinite degrees of expression, than it stands to reason I might well be famous in some neighboring dimension. Probably the same one in which James Dean had decided instead on that fateful day to ride the bus to the races and is now a withered thespian in television ads for Dentu Creme and Medicare.

I’d hate to think that I’d deposed a legitimate star and then failed in my fated quest to fill the void after his passing.

But whose to say that the standards of success and stardom need follow worldly mandates? I would be fine remaining in obscurity while letting my art and my words reach high levels of acclaim. The spark that shines brightest is within me, not about me; and I have a profound need to unload it and to move on. In light of that, I just keep smiling and producing – nonstop.

No one is ever going to accuse me of being a star without a cause. Rather,I am a rebel without a pause, compelled to create solitarily and incessantly in words and images those dreams I capture in my mind of a world that holds only the best of its collective potential. I have no wish to personally shine but every wish that my legacy will and would much prefer that my bows be taken at the conclusion of this life in that paradisaical plane we supposedly go to after a job well done.

I have no doubt it is on the map – just inside the twelfth dimension and a little east of Eden.
Be there or be square, man.
Tweet
Rebel without a pause